A few Crusader castles in Lebanon from North to South.

By: Georges Farah and Siem Kersten

The Citadel of Raymond de Saint-Gilles is a hilltop citadel and fortress in Tripoli, Lebanon. It takes its name from Raymond of Saint-Gilles, a crusader commander who was a major player in its expansion. It is a common misconception that he was responsible for its construction when he besieged the city in 1103. It is the first and the biggest castle built by the Crusaders in Lebanon.
In fact, the citadel was extensively restored and rebuilt by the Ottoman Governor of Tripoli Mustafa Barbar Agha in the early 19th century and as a result, very little of the original Crusader structure has survived to this day. 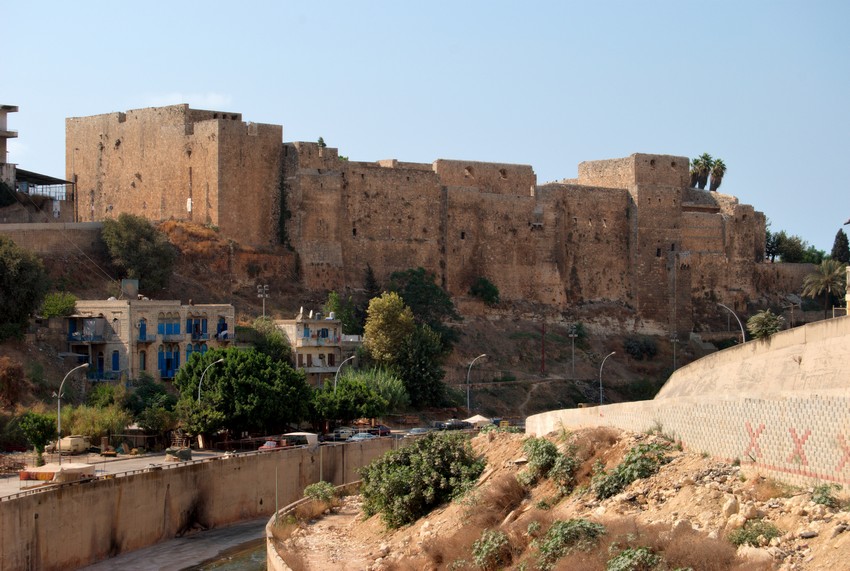 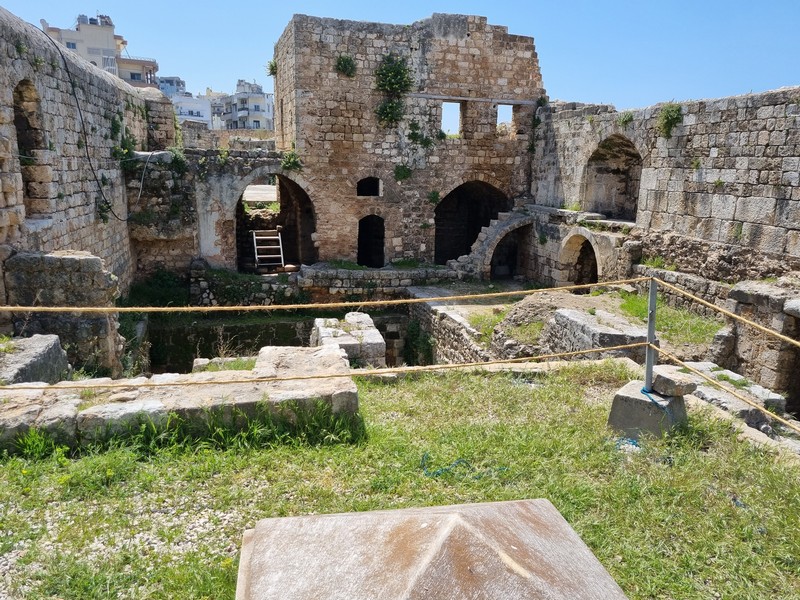 Mseilha Fort is a fort north of hamat village in Lebanon. The current fort was built by Emir Fakhreddine II in the 17th century to guard the route from Tripoli to Byblos.
The fort is built on a long, narrow limestone rock near the Nahr el-Jawz River. The walls are built with small sandstone blocks mined from the nearby coast and built on the edge of the limestone rock. The thickness of the walls ranges from 1.5 to 2 meters (4 to 6.5 feet).
The larger limestone blocks are the only remnants of an earlier structure that was built by the Crusaders for the same defensive reason. 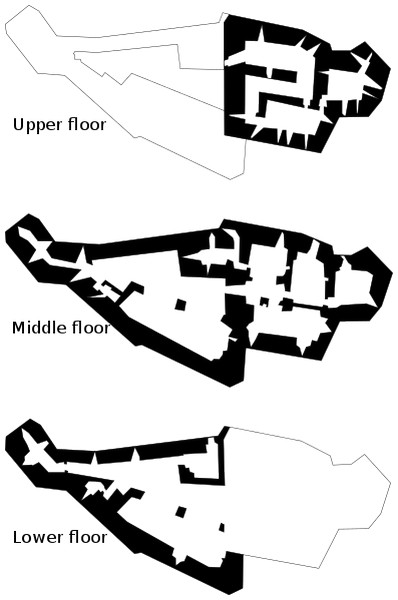 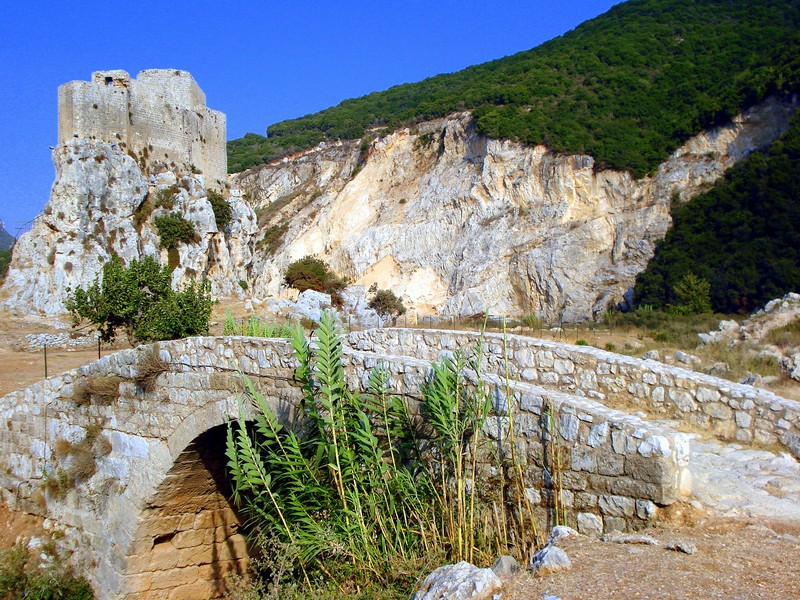 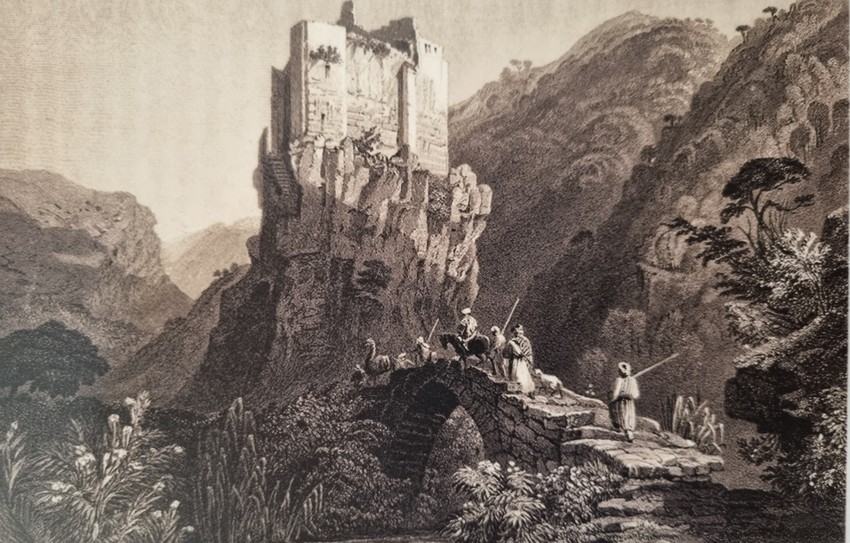 The architectural design of the fort consists of two homogeneous parts built in two separate phases. The fort is approached via a narrow path and a small staircase carved into the north side of the rock. A small platform precedes the low curved main gate, secured by two loopholes and a small opening in the ceiling above the entrance.
The main gate leads to a vaulted vestibule, followed by a narrow triangular courtyard, which gives access to a small passage one meter (3 feet) wide that leads to the archery room of the west tower. On the south side of the courtyard are two vaulted bays built in a separate architectural block over large underground vaulted halls used as warehouses and reservoirs. This part of the structure has a small apse facing the Qibla (the direction of Mecca), which could have been used by the guards as a prayer room.
The more elevated part of the fort is accessed through the east side of the courtyard. A doorway leading to a hallway, followed by three vaulted rooms, gives access to the east tower. An internal staircase leads to the room on the first floor. This section is the most fortified and equipped part of the castle due to its strategic location that controls the entrance to the Nahr el-Jawz Valley.

Byblos Castle, is the second crusader castle in Lebanon, in Byblos.
In the time of the Crusaders, it was known as the Castle of gbeil. It is still the best preserved castle from the time of the Crusaders.
It was built in 1104 and composed of three floors, protected by four towers on each corner of the castle and a fifth one near the mean entrance.
In the middle of the castle the Donjon is erected. 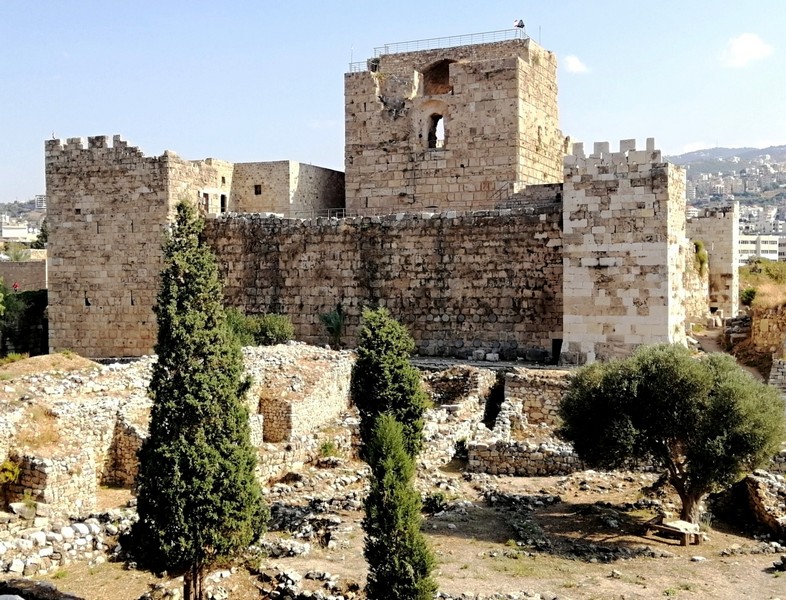 Sidon's Sea castle was built by the Crusaders in 1128 A.D, on a small rock in the sea and on the remains of an ancient temple, as a fortress of the holy land.
It is one of the most prominent historical sites in the port city of Sidon. 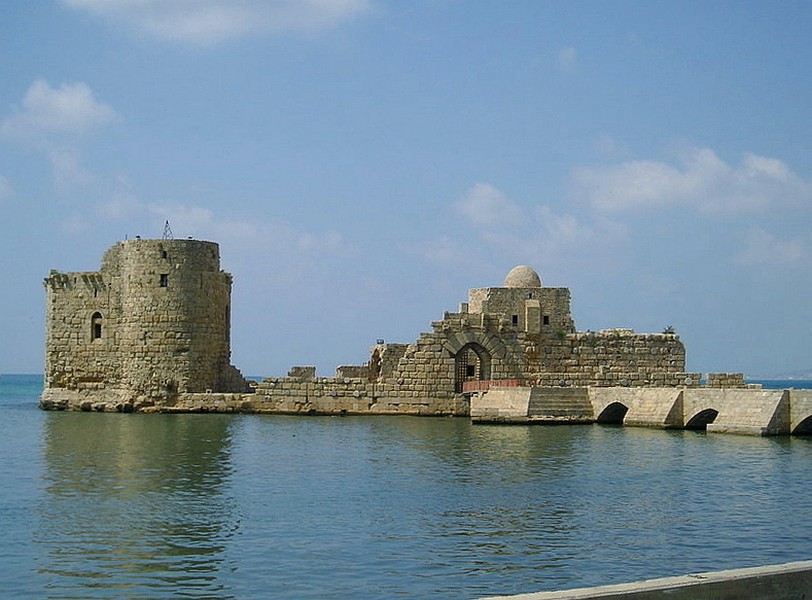 Beaufort or Belfort Castle, known locally as Qal'at al-Shaqif or Shaqif Arnun, is a crusader fort in nabatieh governorate, southern Lebanon, about 1 kilometer (0.62 miles) southeast of the village of Arnoun. There was a fortification on the site before it was captured by Fulk, king of Jerusalem, in 1139 and construction of the Crusader castle probably began shortly thereafter.
Saladin captured Beaufort in 1190, but 60 years later crusaders recaptured it. In 1268 Sultan Baibars finally conquered the castle for the Muslim troops.
Beaufort offers one of the few cases in which a medieval castle also proved to be of military value and usefulness in modern warfare, as late 20th-century history shows. 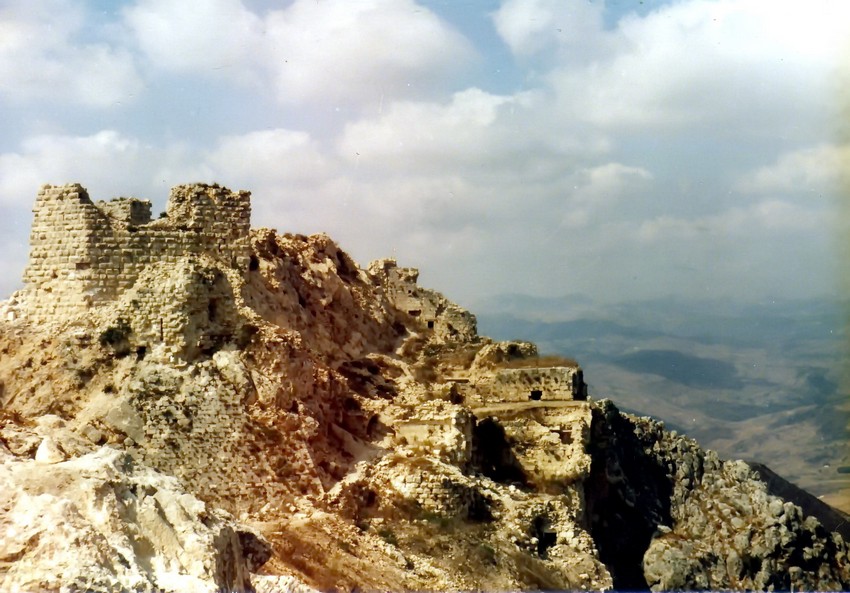 The castle was called bel fort or beau fort by the crusaders who inhabited the castle in the 12th century.
The Arabic name Qala'at al-Shaqif means "Castle of the High Rock" (shqif is the Aramaic word for "high rock").

Construction:
Several of the great Crusader castles were built on foothills, using natural defenses and strengthening the one access point. Beaufort's location plays a role in the defense of the site, but the terrain is only impassable on the north side. The Kurds expanded the castle with a slightly lower rock slab immediately east of the castle, removing one of the attack routes.
Divided into two divisions, one of which occupies the lower ground to the east, the castle is roughly triangular in shape and measures about 150 by 100 meters (490 by 330 feet). A keep or large tower was built against the western wall of the upper section; the tower has a square plan and measures about 12 by 12 meters (39 by 39 ft).
While in Europe it was customary to be entered through the first floor, in Syria the convention was for an entrance on the ground floor, as can be seen at Beaufort.

The Toron of the Knights

The Toron is a fortress that belonged to the Crusaders in Lebanon on the road from Tyre to Damascus. It is located in the current village of Tibnine. (NL Unifil post7.2)
The castle of Toron owes its name to the old French which means "eminence" or "isolated hill", especially because of its geographical location.
The castle had a water supply thanks to a berquilt outside the fence. In addition, a castle chapel was built in the castle, dedicated to the Virgin. 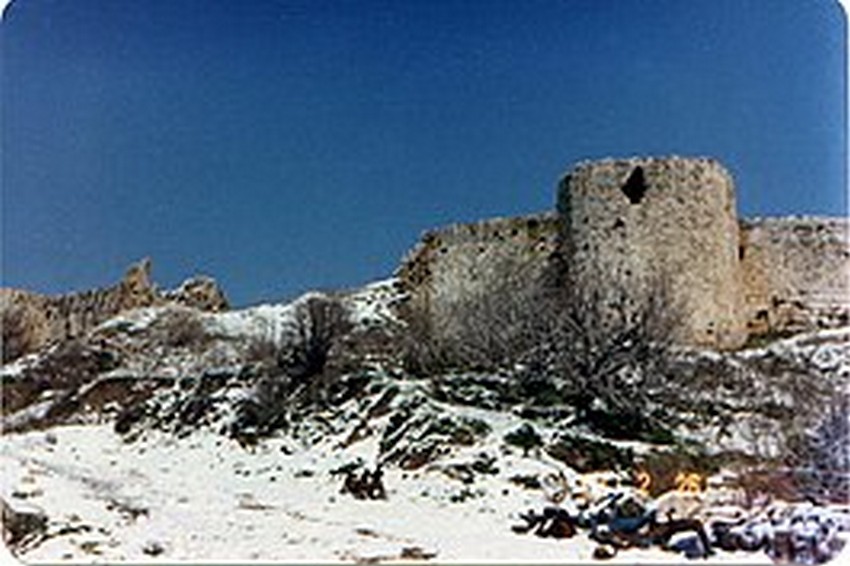 Nowadays there is almost nothing left except the substructure and a few lanes of large blocks.

The above summary of crusader castles can be by no means complete.
These are the locations that can be visited well under the guidance of a certified guide.
For more information please contact This email address is being protected from spambots. You need JavaScript enabled to view it.