By: Georges Farah and Siem Kersten

“Lebanon” is the oldest country name mentioned in ancient time and still in use till our days.
Lebanon is one among few countries, which gave its name to its people, and not the contrary like in many other countries.
The name Lebanon “Lbnen”, as it is written in Gilgamesh Epic, in some of the Hieroglyphs inscriptions, in other Phoenician inscriptions and mentioned many times in Old Testament, means “the white land” relative to the high mountains which were covered by snow almost all year round.
The Canaanites (Trade People) inhabited Lebanon thousands of years B.C. and established along the Lebanese shore many cities, considered today among the oldest cities in the entire world. Later the Canaanites themselves were called by the Greeks “Phoenicians” after the discovery of the Purple dye, which was called “Phoenix”.
Despite of the great history of Lebanon, its geographical location in the heart of the ancient world and at the intersection point between the three continents; Asia, Europe and Africa, made from him a strategic point and a trade center in ancient time.
It is because of the Phoenicians who invented the real Alphabet (the mother of our modern Alphabet) and because of their skills in navigation, contributed to the spread of civilization in the ancient world.
Visiting Lebanon, for the lovers of culture and history, is a journey back in time, specially that Lebanon, despite its small area, is holding the remains of all the ancient civilizations of the ancient world and even of the medieval and modern history. For example you can find in one place in Lebanon called “Nahr el-Kalb” (the dog river), considered an open air museum, steles dating back to the Great Pharaoh of Egypt Ramses II, Assyrian period, Babylonian period, Greek period, Roman period, Mameluk period, commemorations from the 1st and 2nd world war, arriving to the independence of Lebanon and the withdrawal of the French troops in 1946. 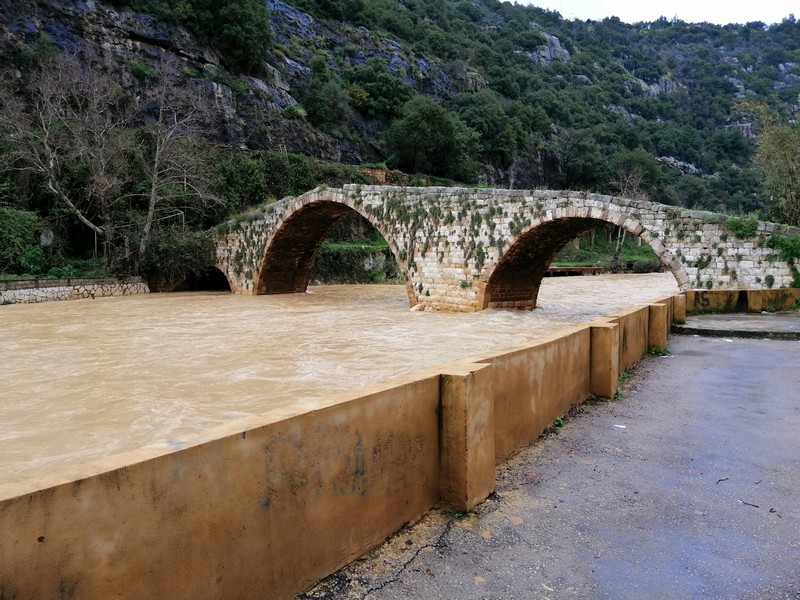 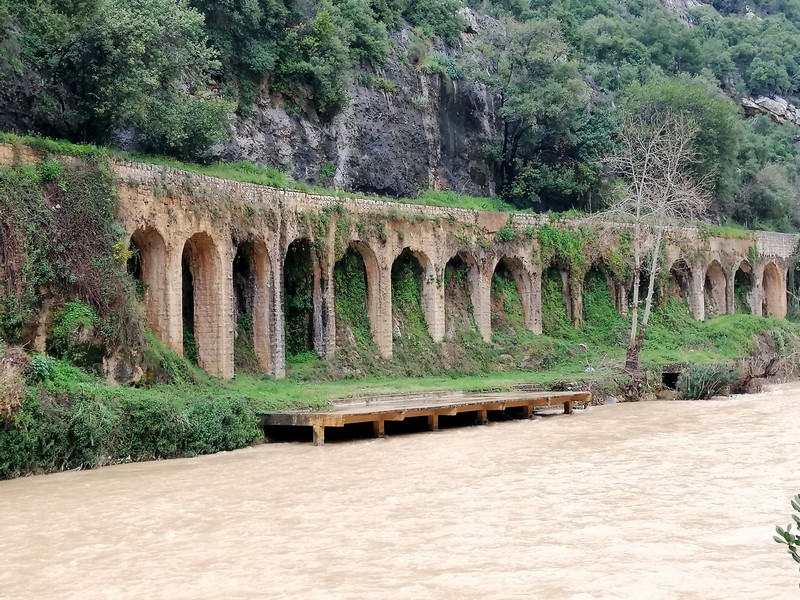 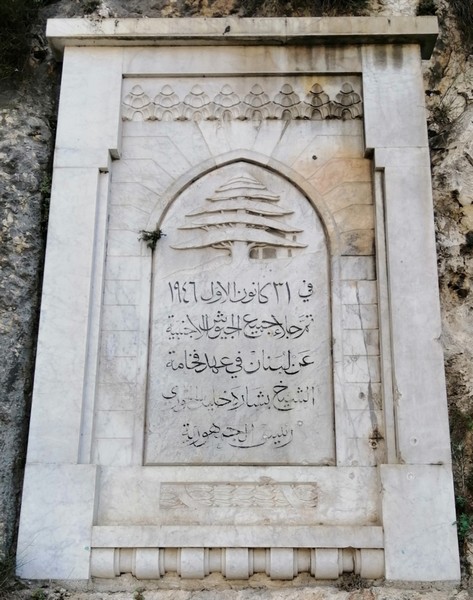 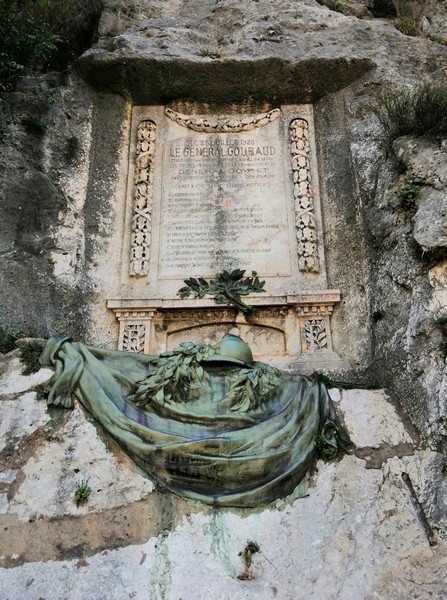 The advantage of Lebanon in tourism sector is that you can visit several places in one day trip. We shan’t forget its beautiful weather, about 250 sunny days per year, which helps and makes the visits real fun and enjoyable.
Also the famous Lebanese kitchen is offering many varieties of healthy and tasty food, which add a plus value on the trip and make it unforgettable.
Officially Lebanon nowadys named The Republic of Lebanon, the country is small and densely populated, located in the middle of the extreme east coast of the Mediterranean Sea in Asia. To the South it borders Israel and to the East and North Syria.

Population
There are about 4.3 million Lebanese, made up of Christians, Arabs, Shiites and many other minorities. In addition, there are about 500,000 stateless Palestinian refugees living in 12 refugee camps, and about 1.5 million Syrian refugees.

History
Lebanon is part of the Fertile Sickle, the area in the Middle East where agriculture first emerged around 8500 BC. In ancient times, the Phoenicians had a flourishing maritime culture between 2700 and 450 BC based in Lebanon. Ruins can be found in Tyre, Sidon, Byblos and Beirut.
The Persian Achaemenids conquered the area in the Sixth century BC. Alexander the Great conquered it during his campaign in 333 BC.  The conquest of the then island of Tyre, which was about 600m from the mainland, was a spectacular feat. Alexander's soldiers made a land bridge and were able to easily conquer the island. In the first century BC, the Roman Empire conquered Lebanon. The city of Baalbek grew into an important religious center. 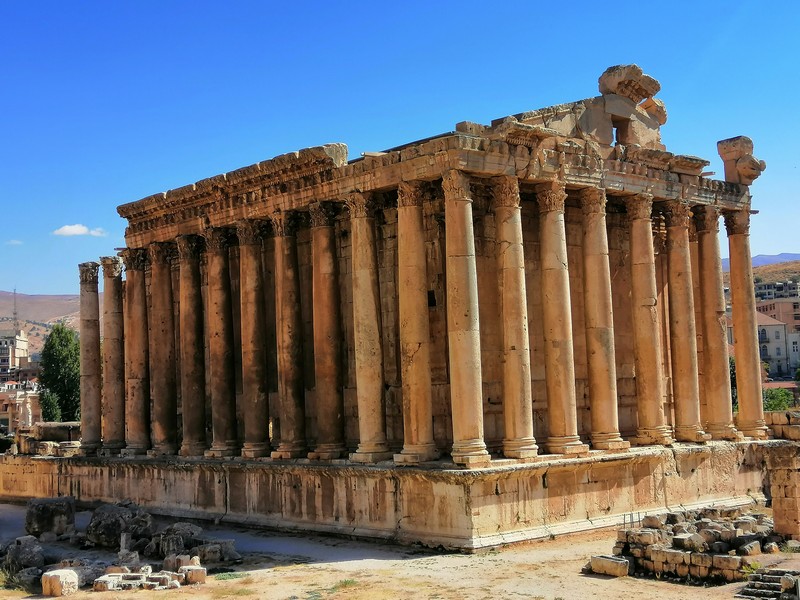 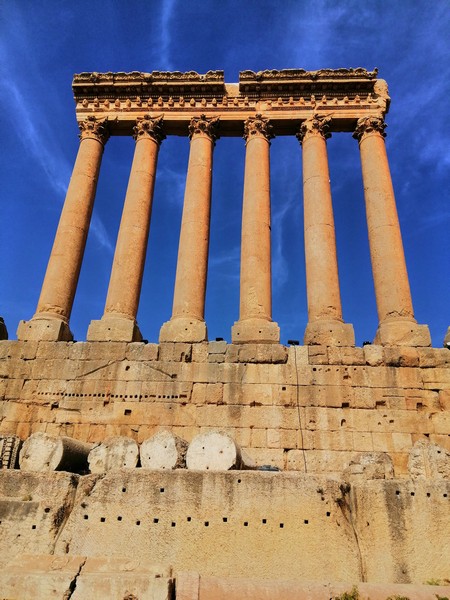 In the 7th century, Lebanon was conquered by the Arab Empire. The Umayyads, the ruling dynasty of caliphs, founded the city of Anjar in the Bekaa Valley as the most important city in the country. The main religion remained Christianity for a long time. During the Middle Ages, Lebanon was conquered by the Crusaders. It was Saladin, who came from Damascus, who expelled the crusaders at the end of the 12th century and then founded the empire of the Ayyubids and ruled from Egypt. In the thirteenth century, the Egyptian Mamluks finally defeated the Crusaders. In 1516, the Ottoman Empire conquered Lebanon and much of the Middle East.
Until after the First World War, Lebanon was part of this empire. Lebanon was assigned as a French mandate area at the San Remo Conference in 1920. Until the thirties it was relatively quiet in Lebanon.
In 1936, the French Popular Front government of León Blum promised Lebanon independence. During World War II, both Lebanon and Syria sided with Vichy France.
In mid-1941, Lebanon and Syria were captured from the Vichy government by the Allies and the Free French of General Charles de Gaulle during Operation Exporter.
In 1943, the French mandate over Lebanon was dissolved and Lebanon became an independent republic.
In 1945, Lebanon co-founded the Arab League. Despite its neutrality regarding an Arab conflict, the country attacked the new state of Israel in 1948.
The 1950s and 1960s were times of great economic prosperity and a far-reaching market economy.

Lebanese Civil War (1975)
In 1973, an outbreak of violence took place between government militias and the PLO Palestinians living in Lebanon.
In 1975, the Lebanese Civil War broke out. The different parties in the civil war became divided among themselves, which increased the confusion in the conflict.
In 1976, Syrian troops entered Lebanon, later followed by UN troops UNIFIL (1978 to the present) and the Israeli army (1977 and 1982).
Under pressure from Saudi Arabia, Morocco and Algeria, the warring parties signed the Taif Peace Agreement in 1989. The Agreement provided for political reforms, democratic recovery and Syrian presence. The real ruler, however, was the Syrian army. The Israeli troops remained in Lebanon until 2000, the Syrian troops left in the spring of 2005.
In 2006, another war broke out with Israel. In July of that year, the Hezbollah militia captured 2 Israeli soldiers. Israel, in response, caused serious damage to Lebanon's civilian infrastructure (including Beirut airport) with airstrikes.

On the 4th of August, 2020, an explosion occurred in the port area of Beirut, close to the center. A part of 2750 tons of ammonium nitrate, which had been stored in a shed for several years, exploded and destroyed large parts of the capital. There were more than 200 dead and around 6000 thousands wounded. Less than a week later, on August 10, the Lebanese government resigned after major protests following the disaster.

Sightseeing and tourism
Lebanon has many major historical cities like: Beirut, Byblos, Tripoli, Sidon and Tyre.
Well-known archaeological excavations can be found in Anjar, Baalbek and the temple of Echmoun. In addition, Deir el-Qamar and Beiteddine are visited in the Chouf Mountains, Bcharreh, the Qadisha Valley and the well known cedar trees. 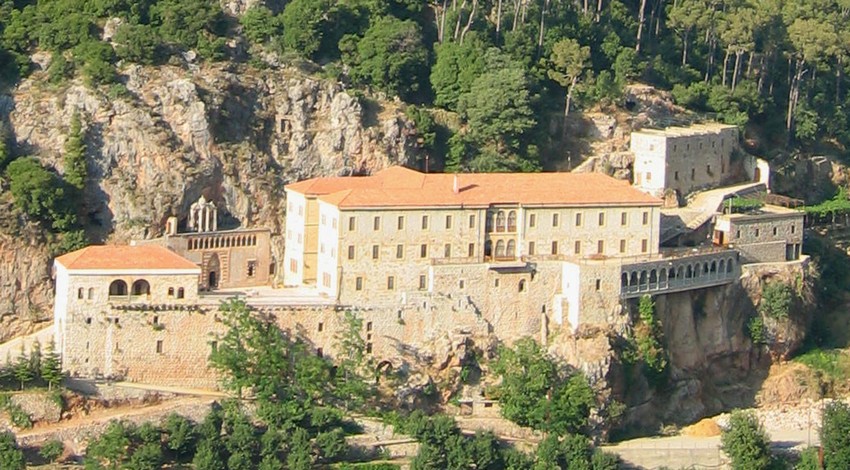 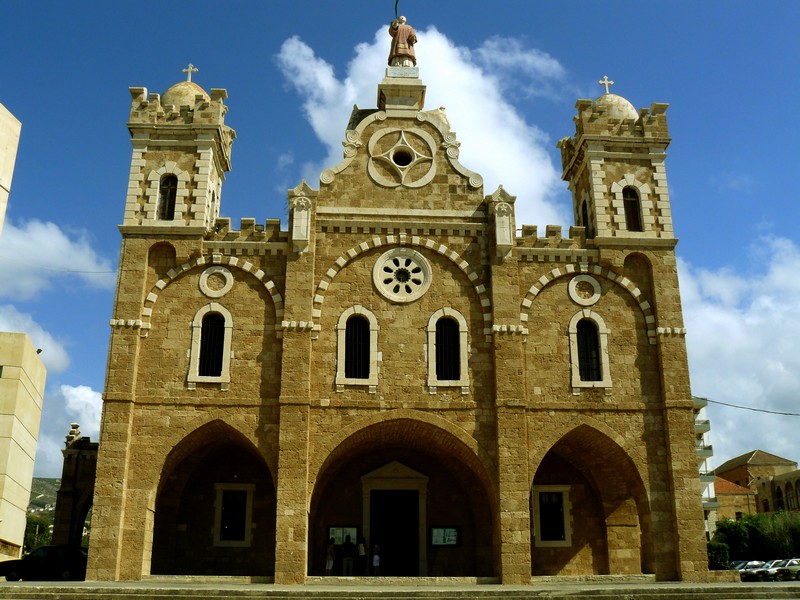 Besides lebanon hostes many natural caves, some of them considered from the most beautiful in the world like the Jeita Grottos.
In summer, the country attracts many well-to-do tourists from the Arab world who seek coolness in the mountains and enjoy life in the mundane Beirut. Beirut also has a famous nightlife.
And if you are in Beirut, do not forget to visit the National Museum, which has been restored to its former glory after the civil war and is definitely worth a visit.
In winter there is skiing in the mountains.
Lebanon has a number of cultural and natural inscriptions on the World Heritage List.

Lebanese cuisine
Lebanese cuisine is widely regarded as the best and most refined of the Arab world. This is because the kitchen has a lot of influences from abroad, such as from Armenians, Persians and Kurds.

All in all, a country that asks to be discovered as a holiday destination. 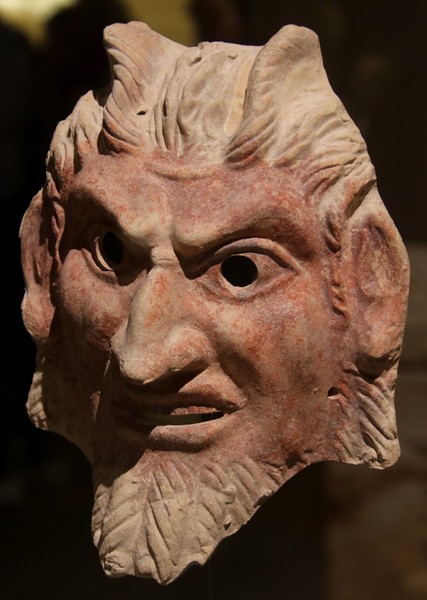 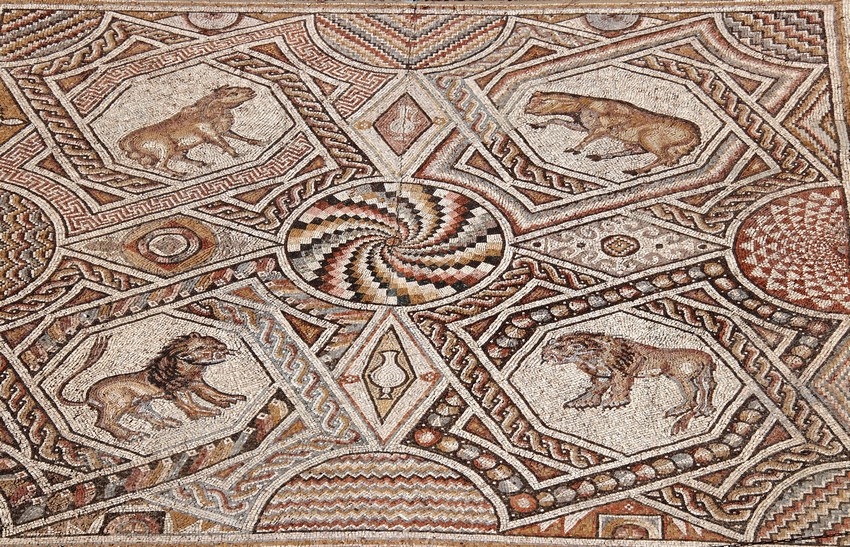 Mask in the National Museum           Mosaic in the Beiteddine Palace